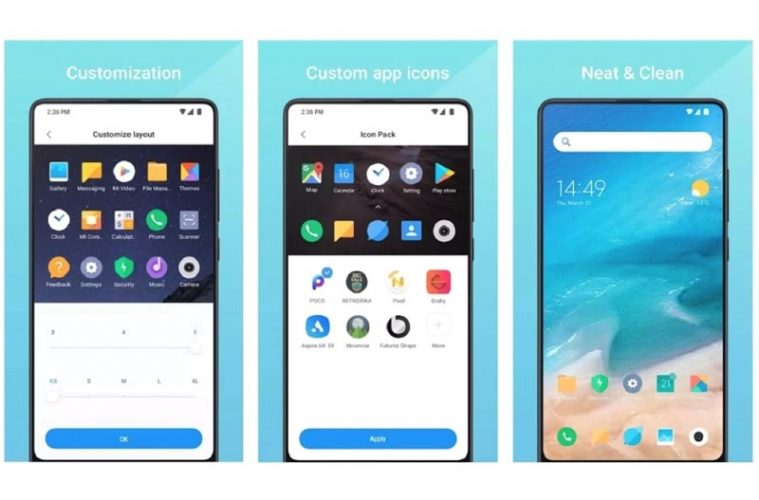 Xiaomi is one of the top Android phone manufacturers who specialize in designing a customized User interface over the Android OS in their smartphones. Their notable work is MIUI, the design of which differs a lot from the official Android UI of Google. Moreover, it gives you a lot of option to customize the UI.

They changed their strategy when they launched Poco F1. It came with a tweaked UI intended to impress people who use the stock version of Android.

Xiaomi recently released Mint Launcher at Play Store. The app was intended to completely replace the home screen of your Android phone. However, it has compatibility issues with almost all Android devices. This means you cannot download it, not even find it on the Google Play Store.

Purpose and Specs of Mint Launcher

By default, Mint launcher comes installed in Redmi Go smartphones. The app is meant for Android devices which have limited storage space and RAM. Let’s take a look at the specs.

The user interface design of Mint Launcher is a little bit inspired by Poco launcher, which was initially developed for Poco F1 smartphone. Later, it was made available for all devices and can be downloaded free from the Google Play Store.

How to Install Mint Launcher via Third Party App Store

Enterprise users, however, have done a great job. They uploaded the APK on third-party sites like APKMirror, APKPure, AndroidCrew from where you can download the APK for free and install it. If you want to install it,

However, this may cause some problems since as we mentioned above, the app is not officially compatible with other Android devices. However, if you still want to see how it looks and feels, you can go give it a try. It may result in some odd bugs but there is no need to fear. Uninstalling the app will make your device the way it was before.