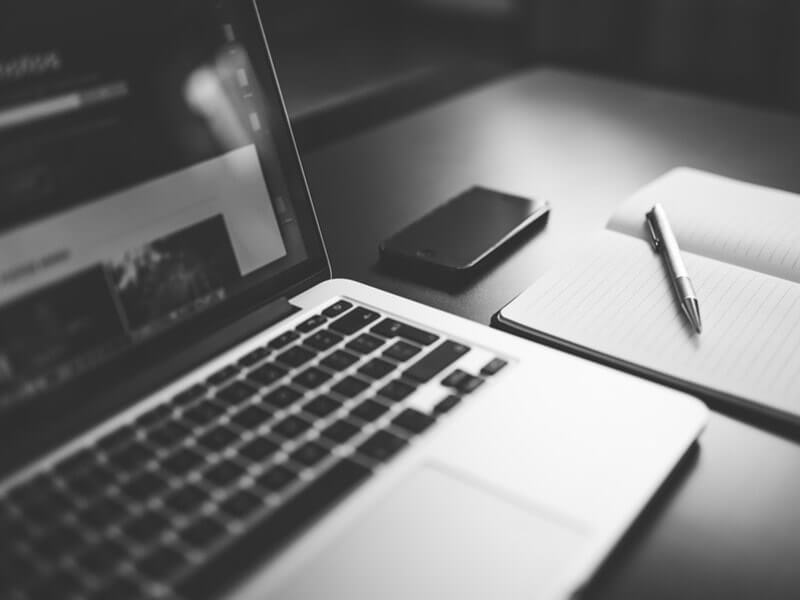 iOS is Apple’s Proprietary, and, not any other company can use it. It is one of the reasons behind the high prices of iPhones and iPads. If you have never experienced iOS or if you’re an Android user. Then, maybe you’re seeking for a way to install iOS on your device. But, the truth is you can’t install it on your device. As I mentioned, not anyone has the source code of iOS. But, If you’re using Windows PC or laptop. Then, you can use iOS Emulator for PC. And, some of these emulators and simulators will let you run iOS App on Windows. Don’t worry, you don’t need to replace your current OS to use iOS.

What is iOS Emulator?.

In simple words, Because of Emulator, you can run iOS Apps inside the Windows PC. Windows is the host system, and the iOS emulator is the guest. iOS emulator creates a virtual environment to run iOS emulators. Though, like Android emulators, there isn’t any perfect iOS emulator available. But, still, there is some iOS simulator for PC available. Which lets you experience iOS on your Windows PC. And, if you have a touch-enabled display, then it will enhance your experience.

The difference between iOS Emulator & Simulator.

When it comes to the iOS emulator for PC then XCode comes in handy. XCode is Apple’s official development kit to develop iOS App. It is similar to Android SDK. Android SDK comes with AVD. And, Apple SDK comes with Simulator. With XCode simulator, you can run the emulator of any version of iOS and iPhone. 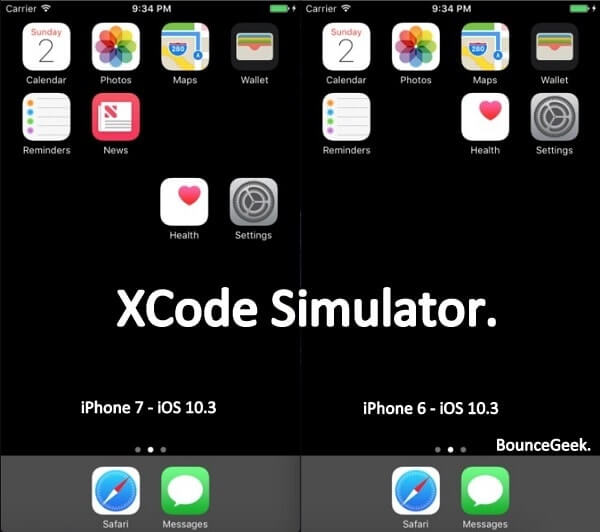 The current version of XCode is 10, and, available only for Mac OS. Though, if you’re Windows user, then you don’t need to worry about it. Because I have written a guide (Article) to get XCode for Windows. You can open Simulator by giving this command in terminal. (open -a Simulator). Apart from iPhone, iPad simulator also available in XCode.

iPadian is one of the best iPad Simulator for Computer. This simulator is specially designed for Android users. So, they can experience iOS on their Windows PC. One thing you need to understand, it’s not iOS Emulator, it’s an iPad Simulator. So, it doesn’t create the local version of the iOS device in your Computer. Also, It doesn’t allow to access the iOS App Store. You can only run some specific Apps. Which is only designed for iOS Simulator. 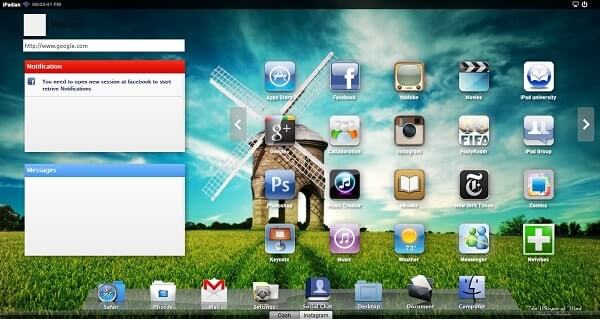 As I mentioned, iPadian is the simulator, so, it only imitates the design and basic feature of iOS. And, Emulator reproduces feature and system’s action. There is two version available of iPadian. Free and Paid Version (Premium). On Official site, you can only find out the paid version of it. But there are some third-party sites, that provides the free version of iPadian. Premium version provides some additional features. And, it cost $20, that you can pay using PayPal. And, I don’t recommend to spend money. Because the iOS App store will not work.

Note: Some so-called tech blogs will tell you, that you can run iOS App on PC using iPadian. But, you can’t run iOS App store Apps. Only Apps designed for simulator will work.

If you’re looking for iPhone Emulator for PC. Then, your search ends here. Though, Appetize is completely different iOS Emulator for PC. You don’t need to download it on your Computer. You can use this emulator using your Browser. Appetize allows running iOS App in your browser. You can access the iOS App store using Appetize. 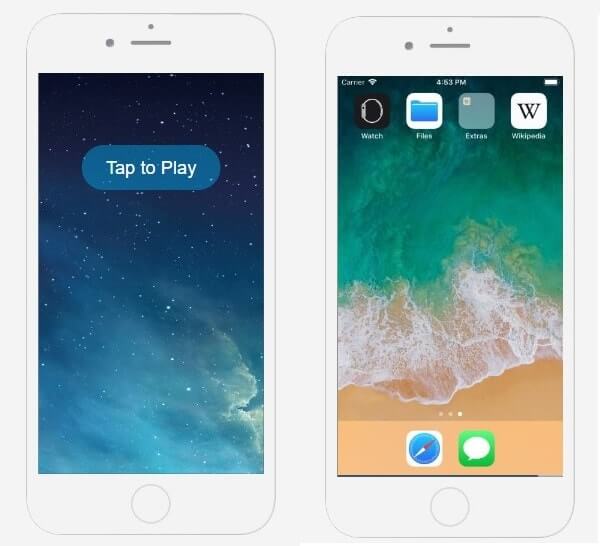 And, if you’re a developer and want to test your iOS App. Then, you can upload it on the website or via API. Once, you upload, you can run App from Anywhere. By using your Appetize Account. You can also take the iOS emulator demo for 60 seconds without creating the account. Or, you can avail 100 minutes of emulator use, by creating a free account.

Pricing – Appetize iOS Emulator for PC does offer three premium plans. Basic ($40), Premium ($400), and Enterprise ($2000). You can choose the plan according to your requirement.

Availability – Any Device and OS (Use Chrome for the better experience.)

App.io is the oldest iOS Emulator for PC. Though, it is similar to Appetize. You can use it online, to test iOS Apps through the browser. It is the HTML5 mobile development toolkit. Allows users to play with iPhone and even iPad Apps directly in their browser. With App(dot)io you can share and test your build by using any device. If you’re a developer. Then you can share and allows other people to download your App using App io.

It’s a cloud-based emulator. So you need to upload App to use. And, you need a good internet connection for it. Once you upload it, you can use App through any device and browser. App.io does offer 7 days free trial. Currently, this emulator is raising money from visitors. I tried to open App.io emulator, but, it’s asking for a donation. Though, the emulator is old and was working before. That’s why I have added it to my “iPhone emulator Windows” list.

Smartface iOS emulator for PC works very differently. It uses users smartphone to emulate Android and iOS Apps. Basically, it’s an App development kit. Which allows you to create native Apps using a single codebase, that is javascript. It’s a cloud-based tool, you can develop Apps in Cloud. Though, if you’re looking specifically seeking for the emulator, to experience iOS. Then, this tool isn’t for you. 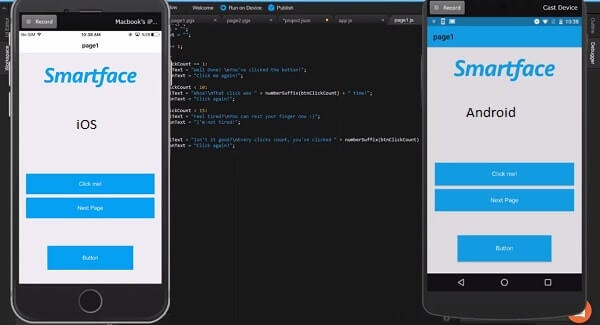 This tool is only for the developer, who want to develop and test Apps. Smartface comes with WYSIWYG Design Editor. To test Apps, you need to scan QR code on your device. And, then you can emulate the App. It also lets you publish your App in various stores. Overall, it’s a good emulator only for developers. To use the emulator you need to first select iOS profile. Then, click on the “Device Emulator” option.

Ripple Emulator is also cloud-based iOS Emulator Windows. But you don’t need to visit any site for it. Because it’s a Chrome extension. It is currently in beta state. And, specially designed to test HTML5 based Applications. Ripple Emulator developed to reduce challenges faced by the mobile developer. 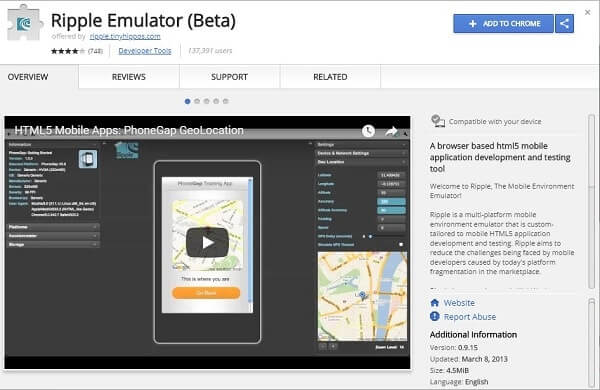 Ripple comes with automated testing. And, developers can test their App in various screen resolution. Without restarting this iOS Emulator for Windows. It gives you full visibility of what you’re developing. Though, this emulator is definitely not the right choice for you. If you want to run iOS Game or Apps on PC.

Run That App is another iOS Emulator for PC. It works similarly like Appetize and App(dot)io. Allows the user to run iOS App in any browser using their cloud-based emulator. Run That App is safe, because, it only use HTML 5. No javascript & plugins. You can upload your iOS App on their server using “Upload Build” option. But, you need to create a zip file of the App first. 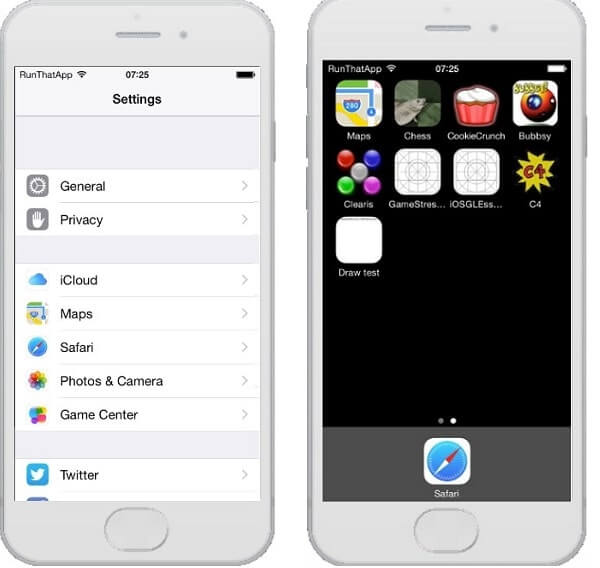 iOS demo also available and no time limit like Appetize. Though, in the demo version, features are limited. You need to create the account to use the emulator. Premium version of “Run that App” cost around $0.05 per minute. One thing I don’t like about this site is lack of HTPPS protocol.

Air iPhone Emulator is similar to iPadian. The iPadian emulator was for iPads. And, it is an iPhone emulator for PC. Emulator size is around 5 MB. But, emulator file extension isn’t *.exe. It’s *.air. So, you need to install Adobe Air to run this emulator.

Adobe Air – It is used to build the desktop application and mobile applications. And, Air iPhone emulator is developed using Adobe Air. That’s why to make it work you need to install Adobe Air first. 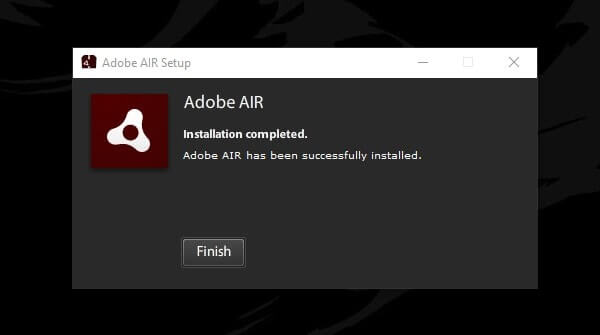 Availability – Adobe Air is cross-platform Application. So, Air iPhone emulator will work in all operating system.

MobiOne Studio is basically is an App designer. That comes with iPhone and iPad emulator to test iOS Apps. According to Genuitec (Software developer company), MobiOne’s built-in iOS emulator for PC gives the realistic experience. 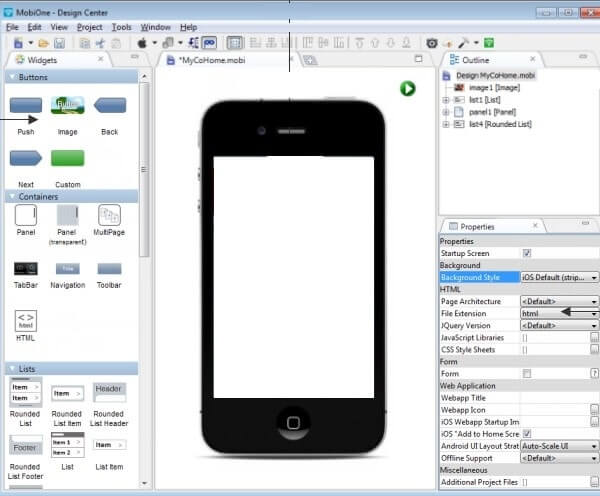 It comes with iPad and iPhone App design & testing compatibility. MobiOne comes with drag-drop user interface. In both layout, portrait, and landscape. And, you don’t need any coding skills to develop Apps. I can understand, you’re here for Windows iOS emulator. And, MobiOne has an iOS emulator for test purpose. That’s why I am adding it to my list.

Electric Mobile Studio is a well-known XCode Alternative. Like XCode, it also does offers iPhone and iPad Simulator. You can run multiple instances of iPhone and iPad web simulation with it. It lets you test iOS Apps in multiple resolutions. It contains toggle support for HTML5, WebSQL, JavaScript, and WebGL.

Electric Mobile studio also does offer web inspector and debugger. It also does offers 7 days free trial plan. And, the premium version of it will cost you $39.99. Overall, it is a good Apple Emulator for PC. If you’re a developer.

Google has an Android Studio, Apple has Xcode, and Microsoft has Xamarin. All these three tools are specially designed to develop mobile Applications. And, like this two software, Xamarin also comes with “Remote iOS Simulator for Windows”. Xamrin is completely free for the individual developer. But compile code should not exceed 128k in the free version.

The Remote iOS simulator of Xamrin lets you test iOS Apps. The toolbar of Simulator comes with numerous useful buttons. Like, Home, Lock, Screenshot, Settings and some other options. Xamarin simulator also has a touchscreen support. Overall, it is a good emulator for Windows.

Summing – up. iOS Emulator for PC.

So, these are the iPhone emulator and simulator. Mostly, simulators are available for iOS. And, all are designed to test iOS Apps. Truth is, currently there are not any fully working iOS Emulator available. Because iOS is not open source like Android. And, it’s not possible for anyone to write whole iOS OS code again.

Some of the emulators, I have mentioned are cloud-based. And, these emulator lets you rent iOS device online for testing purpose. If you’re seeking for iPhone Emulator Windows. Because you want to run any specific iOS App. Then, currently, it’s not possible.

But, you can test Apps with the help of simulators. Overall, these are the simulators and half working emulators available. If you think, I haven’t mentioned any iOS emulator. Feel free to Comment.