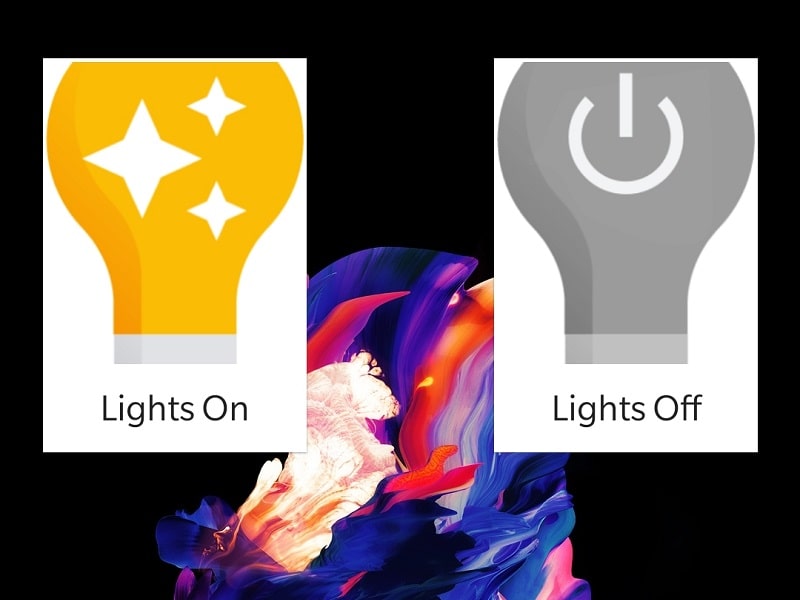 You can create an action block for various tasks. Like, book a cab to your home, play any song or watch a movie, set alarm. Also, can create many custom actions like open App, set reminder, get direction, control smart devices. This App is specially designed for people with cognitive disabilities and elder people, to make smartphone use easier for them. With the help of this App, they can now make calls or messages, turn lights on/off. Let’s see how it works.

Before installing the Action Block App, make sure Google App is up-to-date. And, If you’re going to create google assistant shortcuts for smart led bulb or any smart devices. Then, make sure, it is added to Google Home App.

1. Install the Action Blocks App from the Play Store. Open App, and tap on Agree.

Next, tap on “Create Action Blocks”. 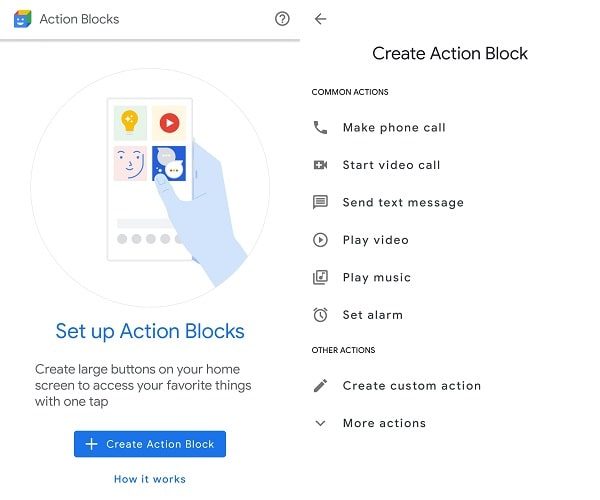 2. It will show you some common action to create an action block. Yes, you can create custom action also, if it’s not listed in common action. In custom action, you have to manually write voice command for Google Assistant.

In this article, I am demonstrating to create a Google Assistant shortcut for the light bulb. Although, you can create a shortcut of your choice.

3. Tap on “More Actions”, in the home control section “Turn on lights” will appear. Tap on it. 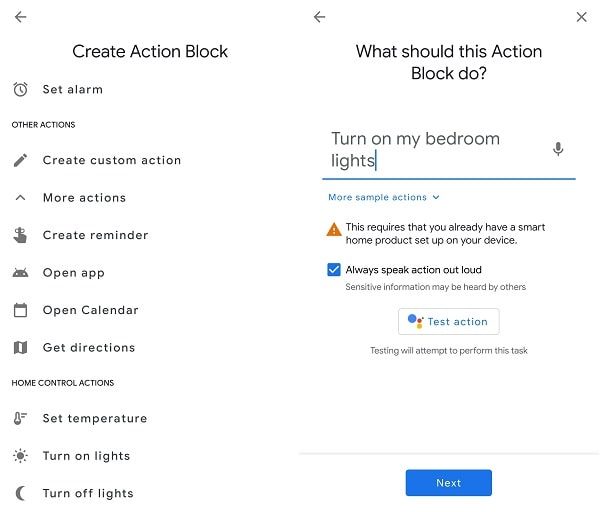 4. By default command for Google Assistant will be “Turn on my bedroom lights”. Well, you can edit it, if this command doesn’t work for you. Enter the voice command that you use. For example, I have just added: “Turn on lights”. Because I am using only one smart LED bulb in my room.

Test Action: Before you continue, tap on “Test action”. It will verify the action is working or not. I have already added a smart LED bulb in Google Home App.

That’s why action worked for me, and as you can see, it’s showing “Test Completed”. Once, test completed, tap on “next”. 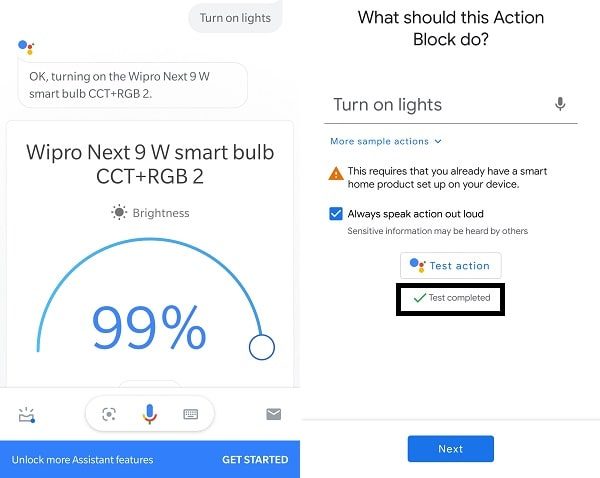 5. Next, you can customize the name and image of your action block. Do it if you want, and then, tap on “Save action block”. 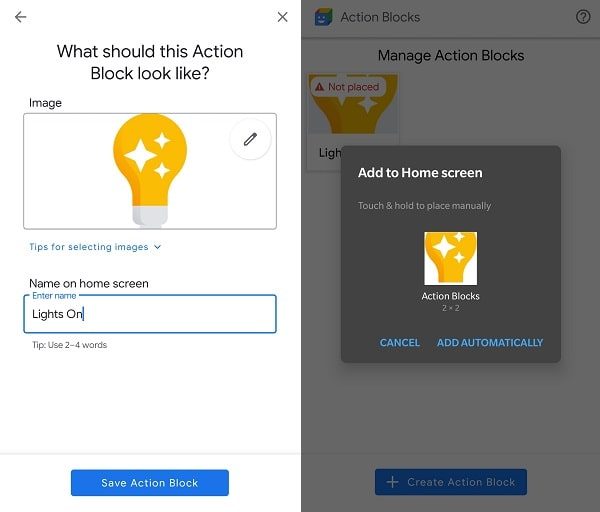 By following the same method, you can create an action block for the lights off. 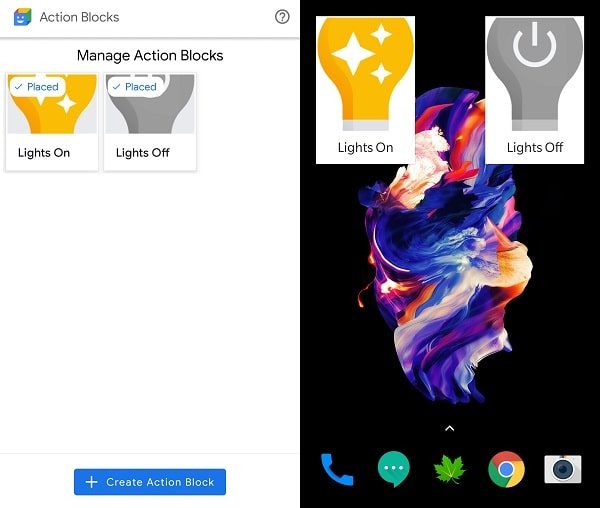 You can also use this app to make some quick routines on your phone. Though, this App will be more useful for people with cognitive disabilities. And, for old people who find it hard to understand smartphone use. Go and install this App in your elder’s smartphone, and set action blocks for them.