How to Update or Download Google Play Store on any Android 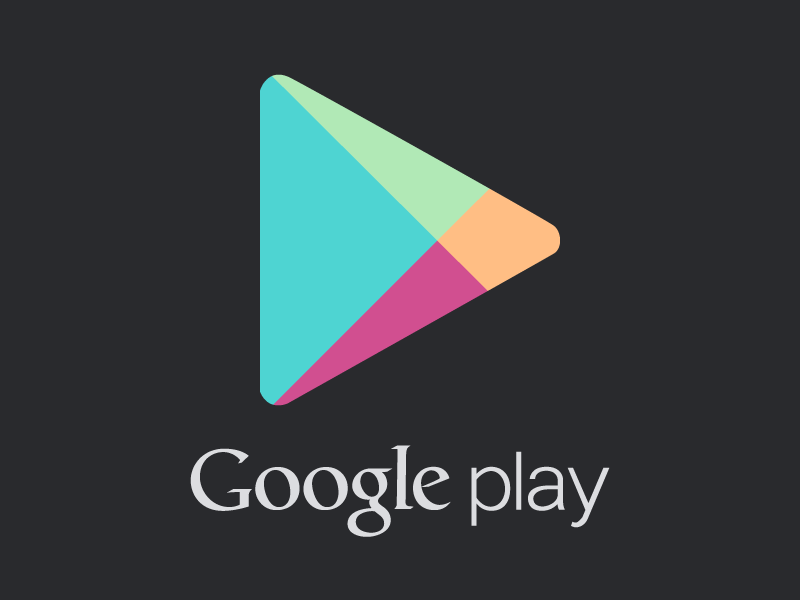 A smartphone without the Apps is like a pizza base without toppings. And, Play Store is the best source to install verified Apps on your smartphone. Yes, there is some third-party App store available, but none of them can replace Play Store. But, the Play store is also not perfect, sometimes it keeps stopping or crashing. In that case, resetting the Android device isn’t a good option. But by Downloading Google Play Store again you can fix it.

If you can’t find the Play Store App in your list of all apps, then –

2. Check whether you have hidden the app or not. Go to your smartphone settings > Apps. In Apps, the list looks for Play Store. If you find it, then App is hidden, you have to re-enable the app.

3. Try to restart your smartphone.

4. If nothing works, read the complete article to find out how you can install Play Store using an APK.

Before start Downloading Google Play Store APK, the first thing you need to do is check your current version. It will help you in selecting the next version, and If you’re already using a new version then you don’t need to download it.

1. Do open the Play Store App, tap on your profile icon. After that, do tap on settings.

2. From Play Store settings, tap on About. That’s it, now you can see the Play Store version. 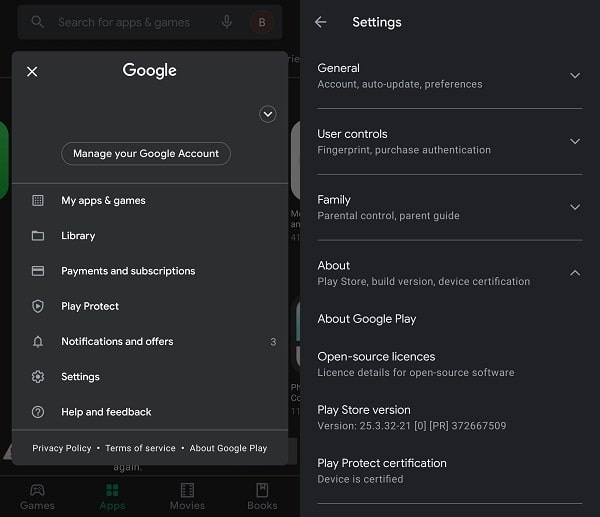 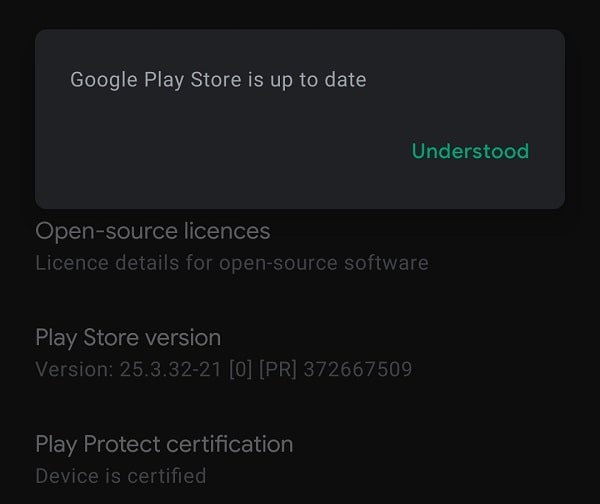 4. Smartphones like the OnePlus offer an inbuilt option in setting to update Google Play Store. You just have to go to Settings > Security & lock screen > Google Play System Update.

Before start downloading Play Store APK make sure your Android version 4.0 or Higher. Because the latest version of the Play Store only works on Android 4.0+ devices. If you’re using gingerbread or jelly bean then select an older version of the app or change the device.

Google Play Store is a System App. And, it helps to install other Apps. So, If you’re the one who only downloads things from official sources, then one thing you should know. That Google does not provide any official APK for Play Store. If you’re flashing custom ROM then the only way to get Play Store officially is by Flashing Gapps File.

1. There are two sites that you can trust when you want to download App from a third-party source. APKMirror and APKPure. Though, APKMirror updates Apps more frequently, so you can get the latest version faster.

2. From search results, select the latest version of the Google Play Store app by checking the last updated date.

Next, do tap on “see available downloads”.

3. You might find multiple versions of the Play Store. If you’re unsure which one to download, then download the universal version. Else, use the Droid Hardware Info app to check your architecture, and download according to it.

You can skip this step if you have already installed any APK in past. Since every manufacturer these days released their own UI. So, the “Install Unknown App” option will not in the same settings menu.

1. Do open settings App, and search for Install Unknown App.

2. In the latest version of Android doesn’t give universal permission to install unknown apps. This means once you do open the Install Unknown apps settings. You will find multiple Apps in there.

3. Tap on the App from which you have downloaded the APK file. e.g. Google Chrome. 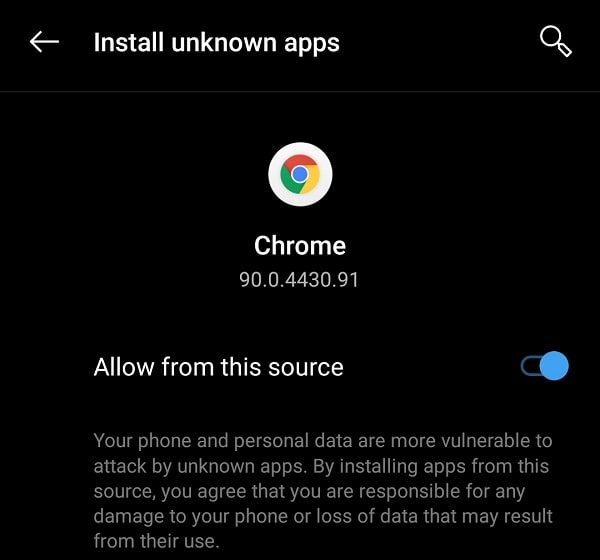 4. Tap on Google Chrome and then tap on “Allow from this source”.

Just tap on APK File and then package Installer, and the installation window will appear. Click on the Install button and within a few seconds, you will get a Play Store Installed Message. 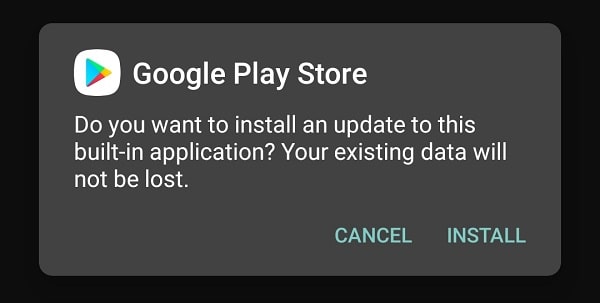 After installing the Google Play Store app from APK Mirror it’s time to disable that unknown source feature. Because if you don’t do that then maybe some third-party apps can harm your device. Open settings App repeat all steps that you performed to enable that permission.

If you’re using the latest version of Google Play Store but still getting some Play Store Error, like android apps not installing, can’t update apps android, error code 505. Then there is two simple solutions to fix these issues.

1. Go to settings > Apps and scroll down until you find Google Play Store. 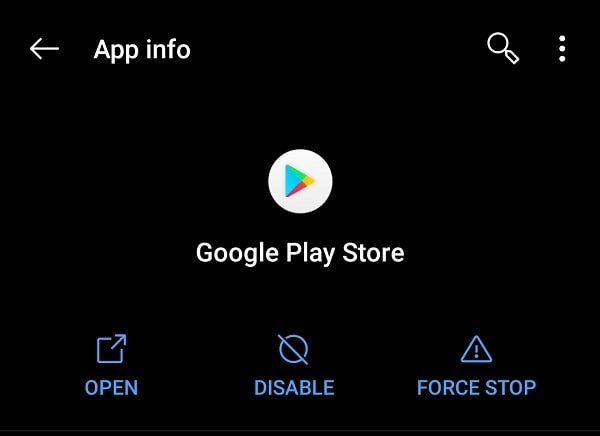 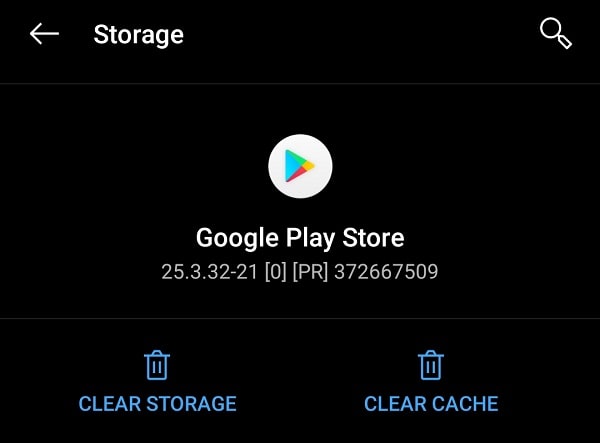 4. Now open the Play Store app and you might not get any Errors.

3. Scroll down and tap on Android Version.

5. Android will find latest Google Play System update for you. And, you will get “Download & Install” option, tap on it.

6. Yes, device will get restarted once installation gets completed.

But after doing this still, you’re getting any kind of Error, then Reset your device by going into the Backup & Reset option in settings. If you don’t want to lose any important data on your smartphone then simply update the Google Play Store app. Still, there are many other ways to solve Play Store Error but Reinstall Google Play Store app is the best option it will fix all errors.