How to Add, Delete Roles in Discord.

Want to know, how to add roles in Discord? this article will help you with everything. Discord is the freeware VoIP application. Specially designed for Gaming Community. Allows Gamers to communicate through Text, Voice and Video Call. Even, now you can Screen Share on Discord Server. Though, Discord doesn’t need any introduction. As you know, Discord is highly configurable. And, there are so many options and Settings in Discord. Well, I am not talking about Discord Bots. If you have created a Discord Server for your Subscribers. Then, assigning Discord Roles can be an overwhelming task for you.

A Role is nothing else, just a set of permissions given to the user with a name. For Example, when you do open the Roles page in Discord. The default role would be “@everyone”. It’s just a basic role that not comes with admin privileges. Users with this permission only can read and send messages. Though, from permissions, you can give it some server managing powers. But, creating a new admin or moderator role will be a good idea. Creating and assigning roles is quite easy in Discord Server. You can create as many roles as you want in Discord Server. And, can modify each role permissions. But, before adding a role to the Discord server, first, you have to know about each permission.

Well, If you already know about permissions then you can skip this part. And, can scroll down to know, how to add or delete roles in Discord. But, to know how to configure roles, you need to know about each permission.

Administrator – The Administrator’s permission in Discord does grant all permission that exists on that server. Users with Admin permission can do anything, even can destroy a server. So, think twice before granting this permission to any Discord Role.

View Audit Log – With this permission user can read the server’s audit logs. Audit Logs shows, what admin or moderator doing. Means, kicked, banned, or changing permission, etc. Even, with this permission, the user can see what other users have updated their names. Audit logs will appear under server settings. But, it doesn’t appear in the mobile App.

Manage Server – It’s server-level permission, allows users to change the name of the server. And, can move the server to a different region.

Manager Channels – This permission allows a user to delete or edit channels. Even, user can create new channels.

Kick Members – This permission comes under the moderator role. So that the moderator can kick off unwanted users from the server. A user can come back after getting kick with a new invite.

Ban Members – It also comes under a moderator role and similar to kick member permission. But in this permission, the user can’t come back after getting banned from the server.

Create Invite – This permission will help to invite other users to the server. If the server is public, you can give this permission to every role. So that users can create instant invite add more users.

Change Nickname – You can give this permission to every role. So, users can change their nickname.

Manage Nickname – With this permission a user can change the nickname of other users.

Manage Emojis – With this, the user can add or remove custom emojis to the server.

Manage Webhooks – Discord Webhooks function is the easiest way to get automated data and message updates sent to a text channel. And, this permission allows to create edit and delete webhooks. You can configure webhooks from Channel settings > Webhooks > Create Webhook.

Send TTS Messages – TTS means text to speech messages. These messages starting with /TTS. And, can be heard by everyone focused on the channel.

Manage Messages – This permission also comes under the moderator role. So that the moderator can delete or pin messages from the other users.

Embed Links – Normally users can’t embed a hyperlink in a Chat. But with this permission users can.

Attach Files – If you don’t want users to send inappropriate files in chat. Then, keep this permission disabled. You can enable it for Admin and Mod role.

Mention Everyone – With this permission, a user can trigger push notification for all users on the server.

Use External Emojis – If you want users to use emojis from other servers. Then, this permission is required.

Add Reactions – Without this permission, users can react to the messages from the added reactions on it. But with this enabled users can add new reactions.

Connect – With this permission user can connect to a voice channel and hear. Though, if the channel has users limit then can’t.

Speak – With Connect permission, speak permission is important to talk in the voice channel.

Deafen Members – With this permission, the user can turn off other user’s ability to hear.

Move Members – It’s kind of drag permission to move members from one channel to another. Moving only work if the moderator and user have the ability to access another channel.

Use Voice Activity – If this permission is disabled then members can only push to talk. 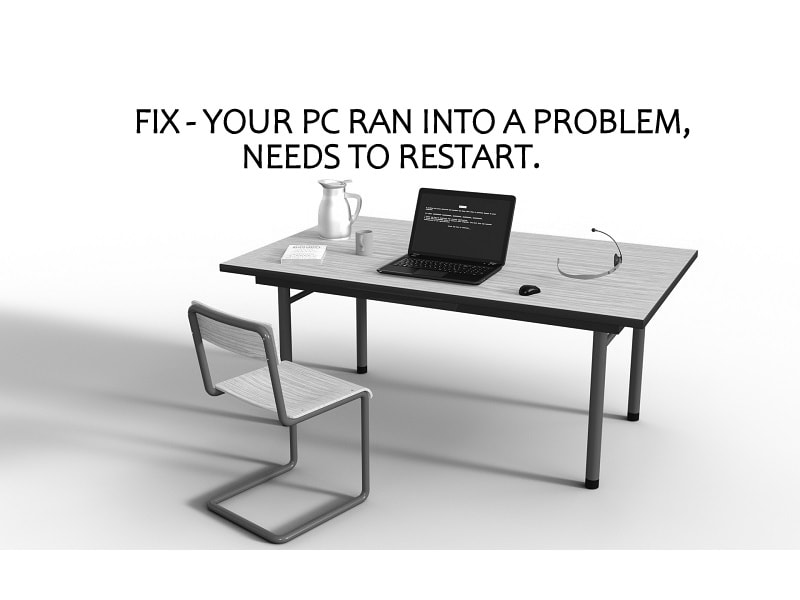 Your PC ran into a problem needs to restart [SOLVED]

Priority Speaker – If a user has this ability then the user can be heard more easily while talking. Because it reduces other user’s sound when a user with this permission talking.

How to Add or Make Roles in Discord.

Setting up Discord Roles will help you to manage users on your Discord Server. And, it’s good to create roles before inviting users to the server. If roles already created then assigning roles will be easy for you. Admin and Moderator these two roles are basic and important for a server.

1. First, Open Discord, and access your Discord Server by clicking on it.

2. On the right side of the server name, you can see a drop-down menu icon. Click on it and then click on “Server Settings”. 3. In Server Settings, Click on Roles. You will now see that there is already a “@everyone” role created. 5. Erase a new role from ROLE NAME. And, enter a new role name. (For Example Admin or Moderator.) Also, select a color for that role.

6. Now, review all permissions that you wanted to assign to that role. And, enable permission that you think associated with that role. That’s it. So that’s how you can create roles for everyone.

How to Assign Roles in Discord.

1. From the Right-Pane of the Discord Server. Right-Click on the username.

2. Hover the mouse pointer on Roles, and, select a Role from the submenu. This is the quickest way to assign a role to the user.

Deleting Role in Discord is also quite easy. Go into the Roles Settings. Select the Role that you want to delete. Scroll down through the permissions and then click on “Delete ‘RoleName'”. After deleting a role, all permission user has will be revoked. Now you know how to add or delete Roles in Discord. So, you can easily manage Roles. You can select any role and modify the permission of the Role. With “@everyone”, Admin and Moderator role you can run the server easily. If you want to know, which permission you have to give to a moderator. You can comment, I will add more details. Though, by reading permission explanation you can understand easily. If you’re facing any issue in setting Roles, feel free to comment.