Get Android 10 Gesture Navigation on any Phone. 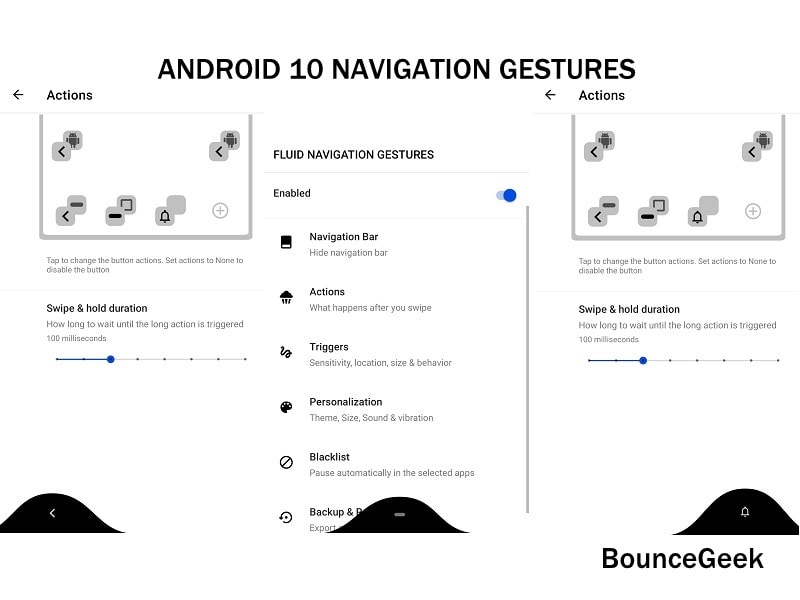 In this month, Google and Apple both have released a major update of their OS. Apple just released iOS 13, and, Google has released Android 10. Android 10 comes with major OS improvement and exciting new features. And, definitely, it is better than the preceded version of Android. In Android 10, Google has introduced the Gesture Navigation feature. That you can enable and disable by going into Settings > System > Gestures > System Navigation > Select “Gesture Navigation”.

Get Android 10 Gesture Navigation on any Phone.

In the App, you can even set the duration of Swipe & Hold gesture. You can trigger these gestures from the bottom and the side edges of your smartphone screen. App also provides side triggers in the bottom half of the screen. That will allow you to access the side menus of Apps.

Even, you can trigger any specific App to open. Though, there are some customization features locked in the free version. But, don’t worry, for the Android 10 basic navigation gestures, you don’t have to pay. Premium version of this App cost less than $1, which is absolutely worthy.

The App does require “WRITE_SECURE_SETTINGS” permission. So that, App can hide the navigation bar. When you do open App first time. Fluid NG App will provide you two options.

If your smartphone is rooted. Then, just tap on “Grant using root” and allow Superuser request. And, tap on “Done” in App.

Alternative Method – But, if your smartphone isn’t rooted then with ADB you can give this permission. And, Computer is required for it. ADB is a developer tool, that will not void smartphone warranty like root.

Enable Developer Options – Go to settings > About Phone > Tap servals times on build number. And, you will see “You are now a developer!” message.

1. Extract the zip file using 7Zip or any other file extractor tool. 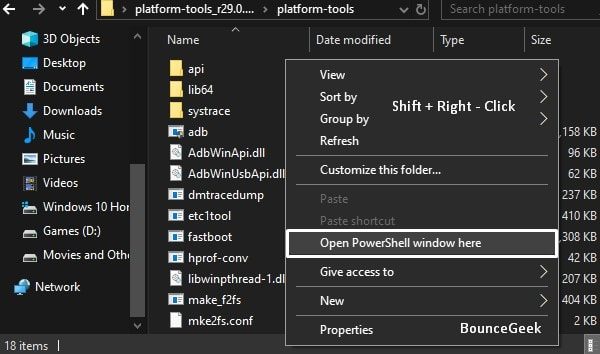 4. First, type the following command and press enter. To check the device is connected or not.

Allow ADB permission in a smartphone.

5. Now, type the following command and press enter. To give “WRITE_SECURE_SETTINGS” permission to the App.

Note: If you’re using the command prompt, then remove “./” before both commands. Because it is for Windows PowerShell.

Step: 2 Allow “Accessibility” and “Draw over other apps” permission.

1. After running that ADB command, you can disconnect smartphone. And, tap on “Done” in App.

2. After that, scroll a little bit and tap on “Permissions”.

The recent version of the “Fluid Navigation Gestures” App made customization easy.

1. On the main screen of the App, tap on “Actions”. Here you can set button actions. You can also set none if you want to disable the button. 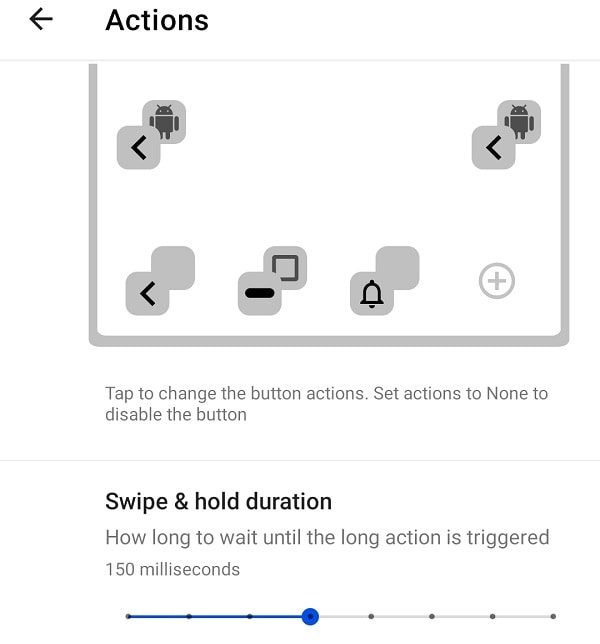 2. To customize any button, tap on it in Actions page. And, you will get two options as mentioned earlier.

Swipe & hold and Quick Swipe. You can tap on any gesture navigation and can set a specific action to it. 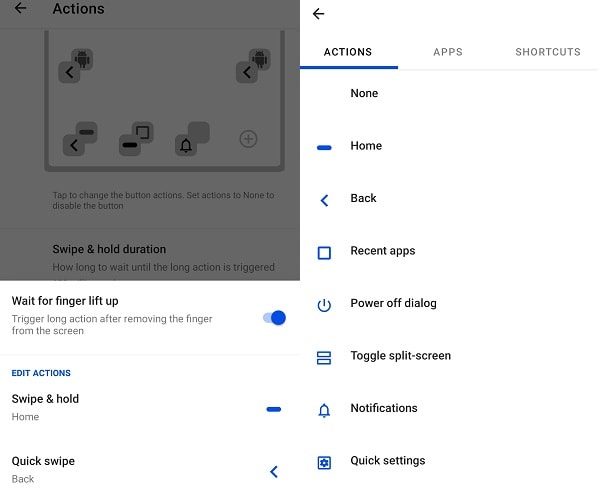 3. You can either set action on specific button gesture. Or, can set a specific App to get open.

The App also allows for changing the color of the Navigation Gesture. You can also switch between two animation options – Edge bubble and Elastic Fluid. 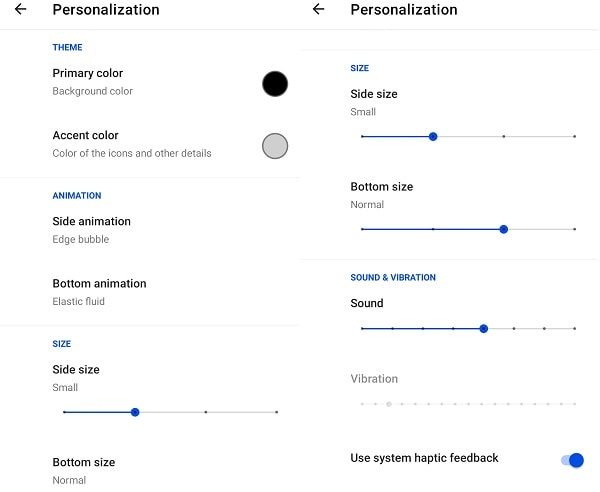 There is triggers section in the App. In which you can select trigger sensitivity size and even location. 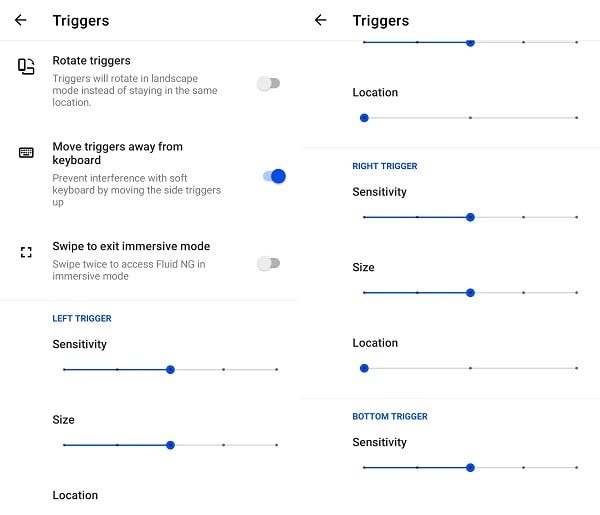 Well, I don’t think, I have to go through each option of the App to describe. You will understand it by yourself when you start using the App.

After customizing actions of buttons. Go back to the main screen of the App. And, tap the toggle to enable the “Enabled” option. That’s it.

IMPORTANT: To restore your navigation bar, first disable Fluid NG. Don’t uninstall or clear data the App, before disabling it.

So, this is the App to get Get Android 10 Gesture Navigation on any Phone. I know this app doesn’t provide exactly the same experience as Android 10. But, I find this App much better. There is one more App developed by XDA developers. Navigation Gestures – Swipe Gesture Controls!. You can try this App also if you want. This App does add navigation pill just like Android 10. And, if you want, I can include a separate guide to use that App also. Just, feel free to comment.