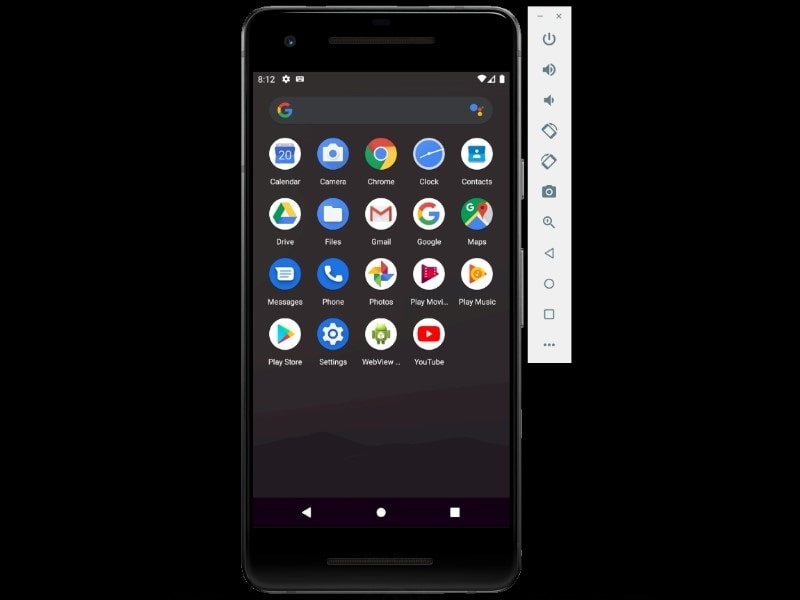 Still, many Android users are waiting for the Android 10 update. And, Google surprised us all with the release of Android 11 Developer Preview. However, it is an early baseline build released for developers only. And, it is not suitable for consumers. Though, Pixel 2, 3, 3a, or 4 users can flash these builds. And for that, you have to full reset your Smartphone. So, do make sure to create data backup. All preview builds for Pixel devices are available on the Android Developers site with installation instructions. Also, you can install factory images back, if you don’t like preview build.

As I mentioned, It is an early build, so most likely it has bugs. So the build can crash, and, you might lose the data. It’s not recommended to install it on your Pixel device as a daily driver. So, just flash it at your own risk. And, If you just want to see what Android developers are up to. Then, you can try the Android 11 Emulator in your Computer for development and testing. It is available inside Android Studio as AVD Manager. You have to install the latest system image of Android R. And, can create virtual Pixel Device.

What is Android Studio and AVD Manager?.

First, I want to clear, Android Studio and AVD Manager aren’t a standalone emulator like Bluestacks. Android Studio is an official integrated development environment for Android OS. Basically, It’s a software designed for Android Apps development, based on IntelliJ IDEA. And, available for Windows, macOS, and Linux.

Android Virtual Device or AVD is part of Android Studio. Basically, It is a configuration that defines the characteristics of and Android smartphones, tablets, Android TV and Wear OS. So that, you can run various system images in it like Android R. And, AVD Manager is an interface, lets you create emulator of any Android version & device. It is designed for developers to run and test Android Applications in a target platform.

Setting up the emulator in Android Studio is fast and convenient. And, allows you to emulate various devices and Android OS. To set up an emulator, first, you have to install the latest version of Android Studio. After that, you can install the Android 11 Emulator on PC.

2. After that, run the setup file and install it on your PC. 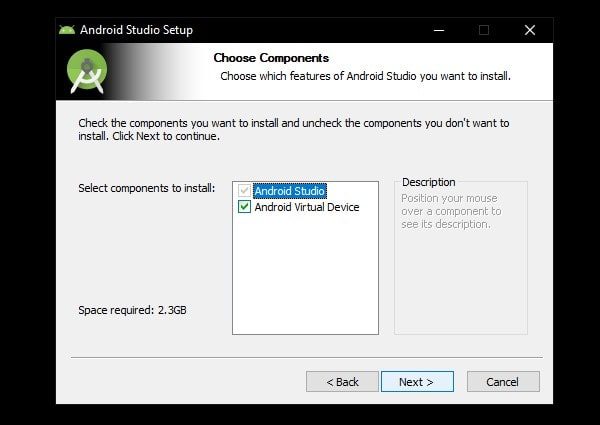 When installation gets complete. Import Android Studio settings window will appear, keep “Do not import settings” selected and then click on OK.

Keep the standard settings and click on Next (3 times) > Finish. 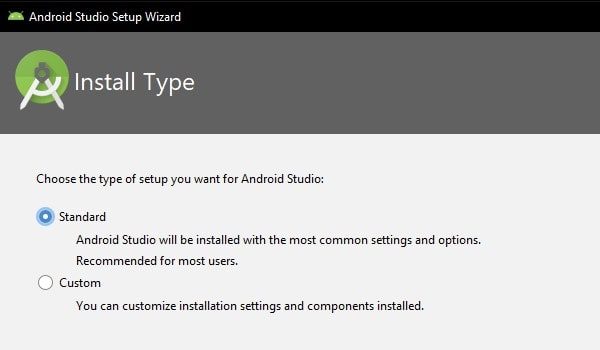 5. The welcome screen will appear. Click on “Start a new Android Studio Project”. 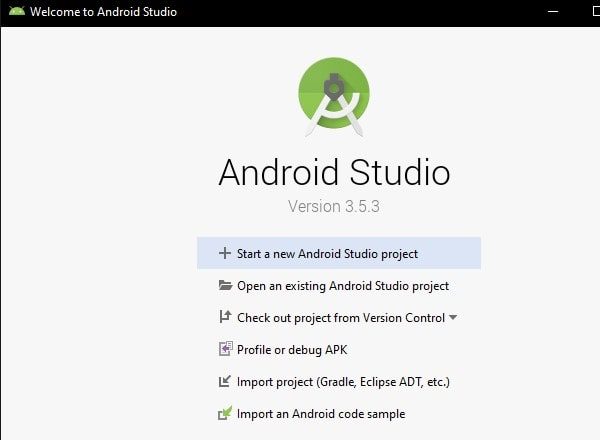 6. That’s it. Android Studio setup completed. Now, we can launch the AVD Manager and can create an Android 11 Emulator.

1. To open the Android Virtual Device Manager, click on the Android Smartphone icon. (Check the screenshot to understand better.)

3. In Select Hardware window, Select Pixel 2 and click on Next. 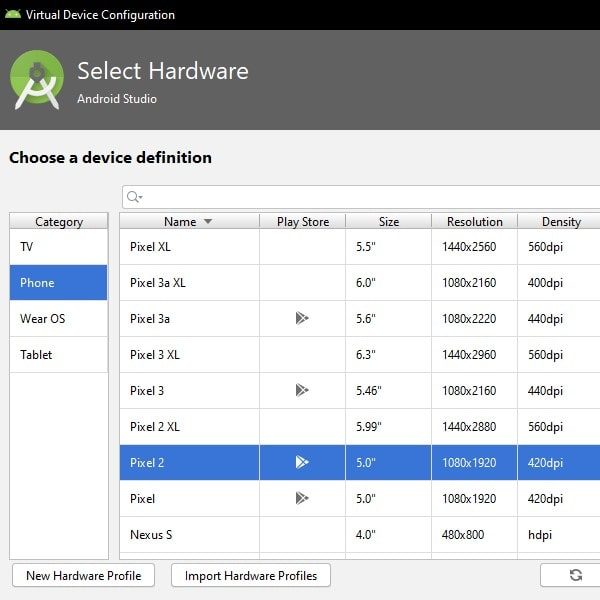 4. In “Select a System Image” Window, you can see Android OS from version N to R. Here, R is for Android 11 Developer Preview. 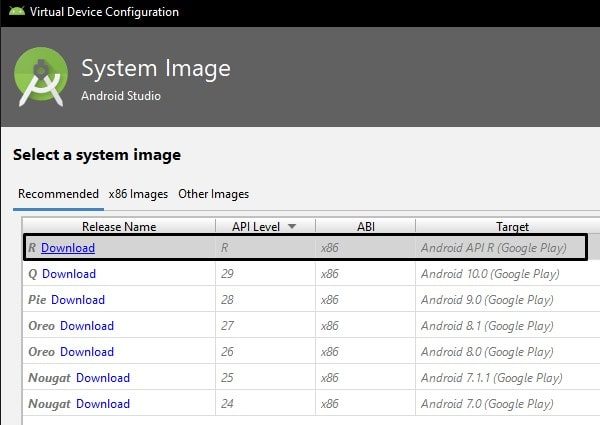 That’s it, you have created a Pixel 2 Emulator based on Android 11 system image. Click on the Play icon under Action to run the emulator.

6. Pixel 2 Virtual emulator will get open. Click on the power button to start the device.

Voila, You can now Install the Android 11 Emulator on PC. And, if you’re developer, you can test your Apps in it.