How to Create Your Own Emoji using Best Emoji Apps 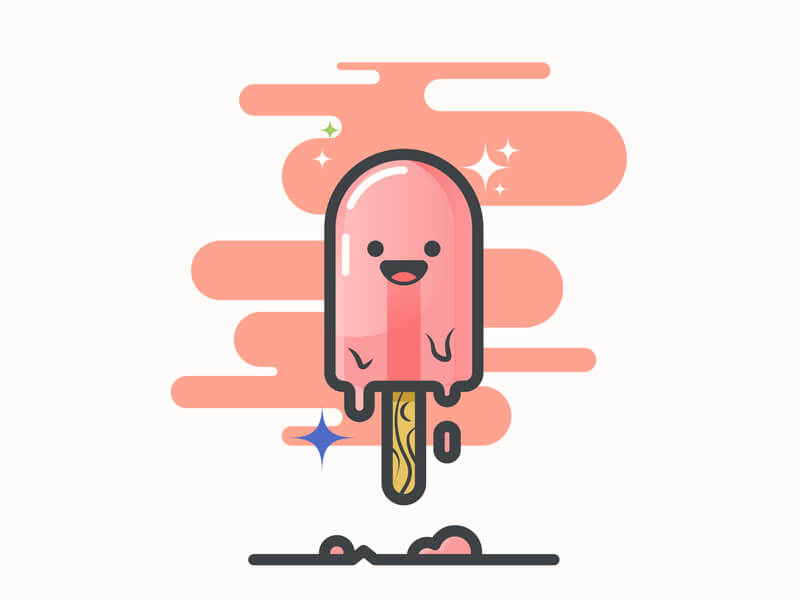 In today’s virtual world emojis are the only part that helps us express our emotions while chatting with someone. Recently 250 new emoji characters were released by Unicode, and an older version of 722 emoji characters was available. No matter how many emoji were added by Unicode, still, it’s not enough. Still, some emojis are left to create, and you want to create your own emoji.

Here am not talking about creating those same old emojis. And stickers that you may find in chatting apps and in Google and other keyboard apps. Now you must be thinking that you need to learn Unicode or something to create new custom emoji.

Best Apps to Create Your Own Emoji.

Bitmoji is one of the widely used Apps to make your own emoji. And it is the No. 1 most-downloaded app in five top markets. Because most famous social app Snapchat acquired Bitmoji and integrated it with their app. You can add your own created Bitmoji stickers to your snaps.

How to Enable Bitmoji Feature on Snapchat.

The Process of Creating Emojis using Bitmoji is too easy. You can create your custom avatar by selecting hairstyles, sunglasses, Eyebrows shapes, and much more.

Get the Bitmoji App. Android / iOS

If you are a Snapchat user then Log in using a Snapchat account else use the Signup with the email option and create an account. Now select Male/Female and then Emoji Style Bitmoji/Bitstrips.

Now you can create the avatar as you want you can choose face shape, Hair Style, Skin tone, sunglasses, headwear, and much more. 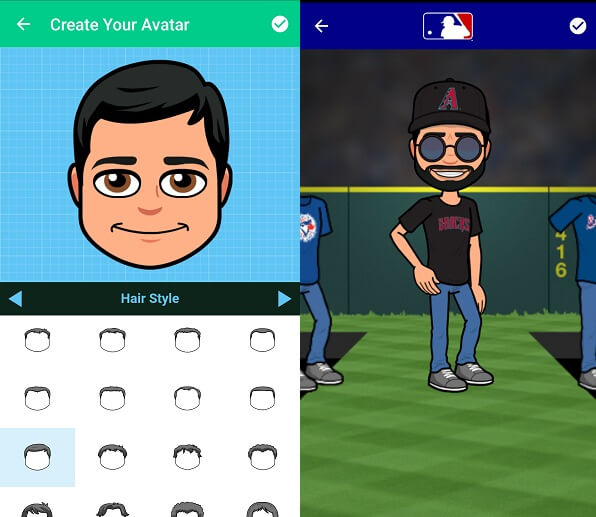 After creating an avatar now you can see Emoji / Stickers, if you want to edit your avatar then you can choose Edit avatar Icon.

To Share, any Stickers and Avatar just tap on stickers and you can find all social media app options. 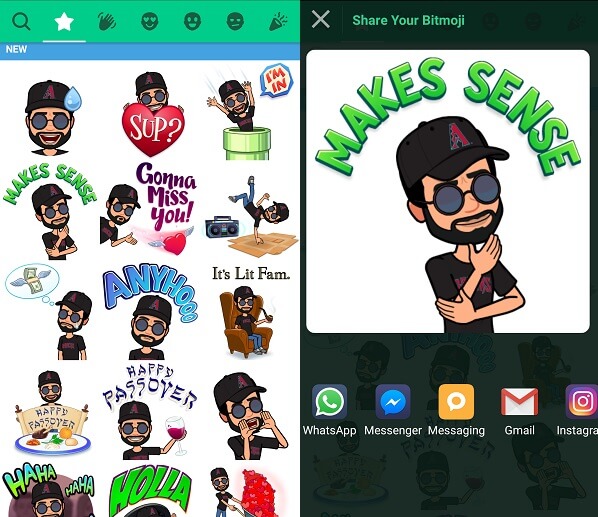 Bobble Keyboard app is somehow similar to Bitmoji, but it is also very popular because of some unique features. It comes with thousands of emojis, stickers, funny GIFs, themes & fonts. You can find tons of emojis (smileys/emoticons) pre-bundled on the keyboard and also can create your own emoji. 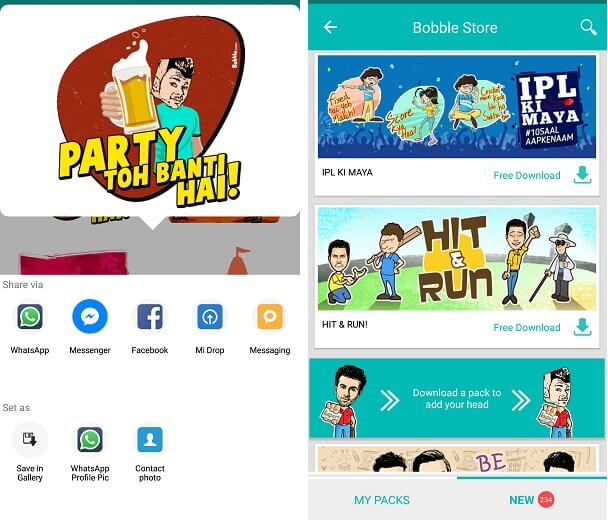 The Best feature of the Bobble keyboard is you can add your own face to your avatar and share it on social media sites. Also, you can download the stickers packages from Bobble Store. It’s a really fun app to use and highlighted feature is you can add your selfie in stickers. The sticker sharing feature is also similar to Bitmoji, All you need to do is just tap on the sticker.

Emoji Maker is also the Best app to create custom Emojis. Do you get bored with standard Emojis, you can customize your own emojis.  It is an amazing emoji maker and completely free. On Emoji maker thousands of hilarious designs are available by using them you can build your own emojis which you really want. 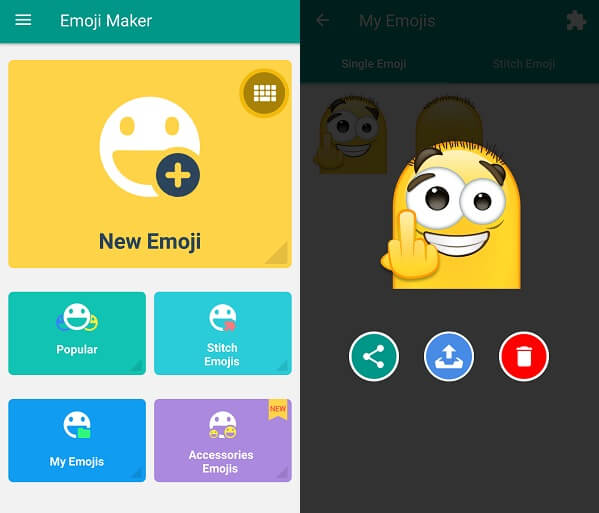 The best part about the app is you can add your face to standard emojis, which is the best thing. Also, it allows you to share and save created Emojis. You can find created Emoji in my Emojis section. There is an Emoji accessories store also available where you can download cool things to make your own emoji.

IMoji is also a Good app to Make your own Emoji, This app comes with thousands of pre-loaded Emojis. You can share it on social media sites, the reason behind adding this app to this list is. You can add your own face as Emoji, like other apps it will not allow you to create an avatar. But it will create emojis using your face. Emojis are compatible with Facebook Messenger, SMS, Whatsapp, Instagram, Facebook, Twitter, and more. 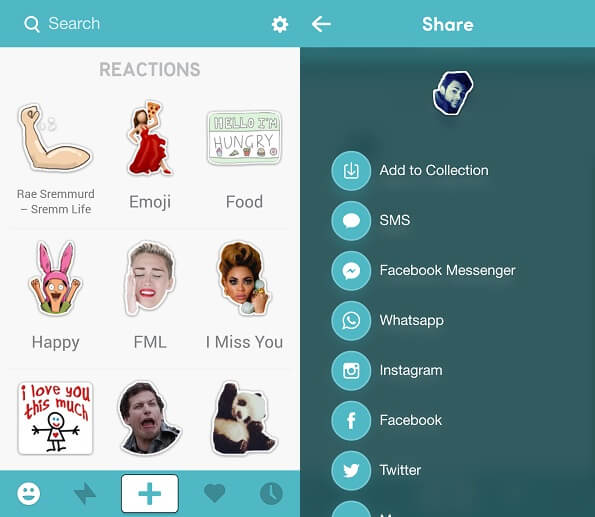 Still, there are dozens of apps available that allow us to create emojis. But you may find a similar feature that is present in these four apps. That’s why there is no point to mention those apps. The only app personally I found useful to create custom Emoji is BitMoji. And if you want to edit standard emojis then Emoji maker is the best choice. If you know any other best apps that I forget to add to this small list then feel free to comment.