Free PSP Emulator for Android to Play PSP Games in 2022 When it comes to classic Gaming consoles what first comes to mind?. GameBoy Color (GBC), GameBoy Advance (GBA), and Nintendo’s gaming consoles (SNES, NDS, 3DS). Since 90 there are dozens of classic Gaming consoles available, and, PSP is also one of them. PlayStation Portable is known as PSP, it is developed by sony computer entertainment in 2004. It was the first real competitor of the Nintendo DS because its GPU encompassed high-end graphics.

If you’re thinking to buy a PSP console in 2022 then it isn’t a wise decision. Because many PSP Games are now available on Google Play Store. And, it’s better to spend money on PS5. But if still, you want to play some classic PSP Games then you can easily play on Android or PC. There are tons of Best PSP Emulators available for Android to Play PSP Games.

What is PSP Emulator?.

PSP Emulator is the software program that enables Android or PC to behave like a PSP console. So you can run PSP Games that are designed only for consoles.

An Emulator is legal or Safe?.

The emulator doesn’t make sense without its Game ROM files, and yes it’s legal. But I suggest buying a PSP Game ROM file before Emulating them. Using PSP Emulator is completely safe, and here am going to mention all malware and ads-free emulator. Here is the list of Best PSP Emulators for Android and PC.

Note: Before downloading any PSP Emulator on your device, Make sure you have a PSP Game ROM file in ISO format.

RetroArch (Available for All Platforms)

RetroArch is an open-source project that allows emulating old classic gaming consoles. It doesn’t come with any built-in emulator. You can download the core file of an emulator according to your choice. Currently, RetroArch is available for almost all major platforms like Windows, Linux, Mac, and Web Player also available. This means you don’t need to download RetroArch, all you need Mozilla / Chrome web browser.

It allows remapping controls and the ability to enter and load cheats in games. Currently, RetroArch supported 80+ programs (Emulator) and PSP is one of them. I tried playing GTA – Liberty City using RetroArch and it’s working flawlessly. RetroArch is also a free Nintendo DS Emulator for Android.

How to Play PSP Games on Android using RetroArch.

Note: RetroArch interface is the same for all platforms, So if you want to play PSP Games on your device then follow these steps.

1. First do install RetroArch App from the play store.

2. tap on Load Core> Download a Core. Now scroll down a little bit and tap on “Sony – PlayStation Portable” to download PSP Emulator. 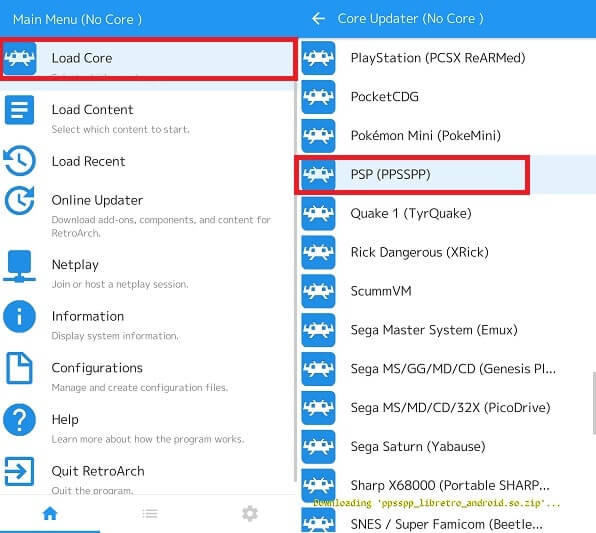 3. After the PSP emulator core will get downloaded go back to the home screen. And then tap on Load Content > and browse to the game directory. (Make sure the file is in ISO format, If it’s in the zip then first extract it.) 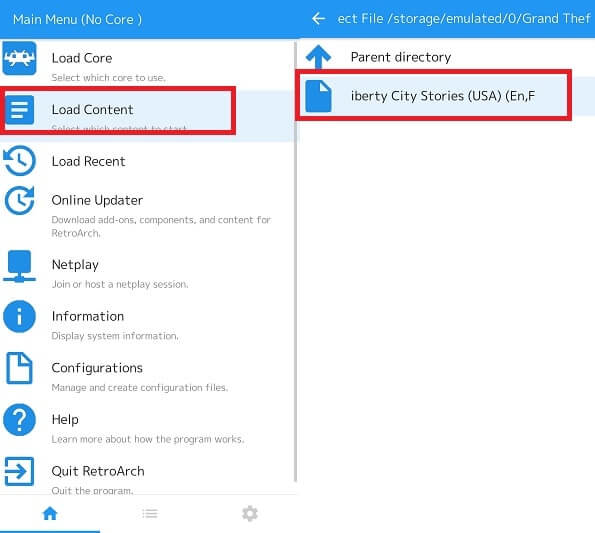 4. When you tap on the game ISO file, the game will start running. To enjoy the game in full-screen turn on screen rotation from settings. 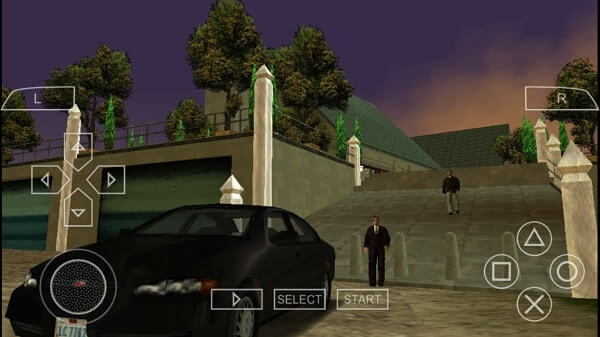 Overall it is one of the best PSP Emulator Android that you can try. If you want to try out other classic Emulator games then download RetroArch. But if you want to play PSP games only then try the next emulator.

Searching for the Best PSP Emulator that can run PSP Games flawlessly, then PPSSPP comes in handy. Currently, PPSSPP is available for all major platforms Windows, Linux, iOS, Mac, and blackberry. The user interface of PPSSPP is quite good and almost the same for all major platforms. It supports both ISO and CSO files format. PPSSPP can run high-end Games but it depends on your device processor and RAM.

It doesn’t come with any pre-loaded games, but you can try a few games from its “Homebrew store”. which comes with 16 Games for Free. It comes with some advanced features like Control Mapping, Networking options, and Graphics control for old devices. Also, you can save game state which is a very useful feature.

If you have an ISO or CSO file of any PSP game that you want to play. Then open PPSSPP App and then tap on Games and then go to the game directory. And just tap on the Game file and the game will start running. 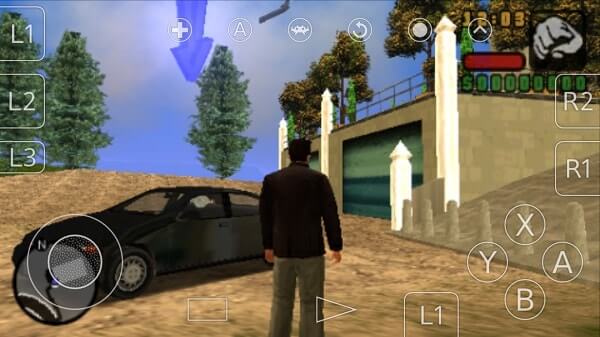 How to Show Network Speed on Android Status Bar

But if you don’t have any PSP Game ROM files and you want to try out Emulator. Then tap on Homebrew & Demos > PPSSPP Homebrew Store. Here you can find 16 Games just tap on any game then tap on the Install button.

Play PSP Games on Windows, Mac, and Linux – Launch Emulator and then tap on File> Load and go to the game directory (where you downloaded the file) and simply choose Game File.

Rocket PSP Emulator is another free Emulator available for Android. But this emulator interface looks exactly like PPSSPP. And, it does work similarly. Although, as per some users it does run better than PPSSPP. Instead of the Homebrew store, the rocket emulator has its own website to download PSP Games. But for me, it didn’t work. Overall, you can try this PlayStation Portable emulator, if you have a game ROM file. 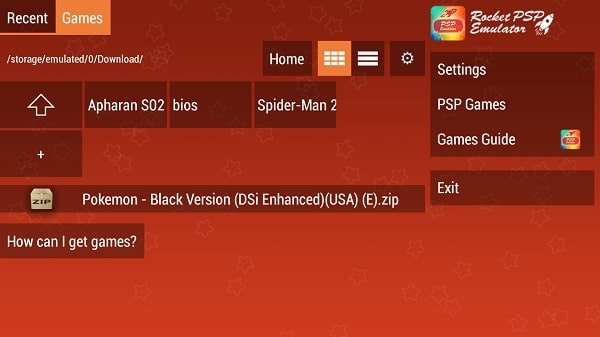 After PPSSPP it is the best PSP emulator that you can try on your Android smartphone. It comes with the same interface as the PPSSPP emulator. But it works somehow better than the original one because you can save the game state by hitting the back button.

There is a TOP PSP Games section available in this Emulator which allows downloading PSP Games Free. It offers some advanced features like Graphics Controls, Control mapping, and other networking tools.

Is there any other PSP Emulator Android Available?.

Yes, there are dozens of PSP Emulators for Android available but all are copied versions of the original PPSSPP. I tried 5 PSP Emulator but all emulator comes with the same interface and settings options. The only change I found in that Emulator is a color difference. Developers just changed the color of the original PPSSPP emulator and published it on Google Play with a different name.

What PSP Games Should I Play?.

There are tons of games available on the PSP Gaming Console. That’s why it’s hard to decide which game is best. Here is a small list of Top PSP Games that you can play right now on your Android device.

So, these are the best PSP emulator for Android and other platforms. But still, you’re confused about which one you should download first. Then download PPSSPP Emulator, because it is the first and original one. And if you want to try out some other console games then download RetroArch. Because it lets you play all old Retro Games on your device. That’s all folks, for now, If you know any other better emulator then feel free to comment.