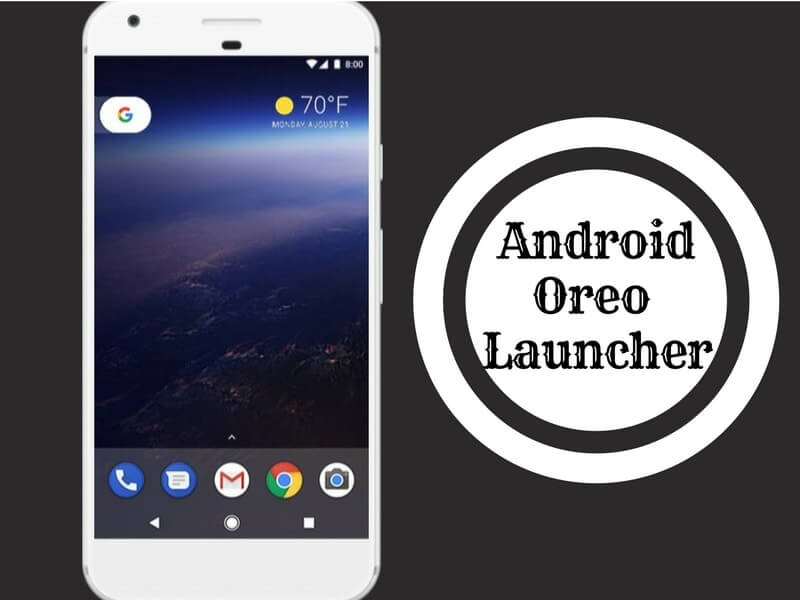 How to Get Android Oreo on your Android Device.?

Install Android Oreo Custom ROM – Still, there is not any Best Custom ROM available based on Android Oreo. But Lineage OS 15 is going to released soon for many devices, and you can check your device development on XDA forum.

The only best launcher available on Google Play which is based on Android Oreo is Action Launcher. It comes with vibrant colors, customization options and some other unique features that make home screen smarter. There is no doubt that pixel launcher is powerful and best launcher that provided pixel devices experience. It comes with all pixel launcher features like  creates the circular folder, swipes up to reveal full-screen apps tint the dock, and much more. Apart from all pixel launcher features it comes with Android Oreo 8.0 features which make it best Android Oreo Launcher. With pixel feature, you’ll get Full notification dots support, Quicktime, Shutters, quick bar, Smart-size icons. Also, it comes with icon packs hide and remove apps option same like nova launcher.

There is much more thing that you can do with Action Launcher, And it will turn your older Android Device into Android Oreo.

OO Launcher is another best Android Oreo launcher fully based on Android 8.0 Oreo developed by NativeX. One of Best Nougat Launcher “NN” was also developed by the same developer. This launcher let Android user taste the latest Android O Oreo features without an upgrade. Apart from Android O user interface, It comes with many customization features. It Comes with Android O features like Swipe up to access all apps, vertical drawer with recent apps, Android O Style Animation with round icons and much more. Also, It supports many themes, Icon Packs, and Wallpapers. You can hide Apps on Android and lock apps for security purpose. App Gestures support also available – Double tap to wake up and lock device, unread counters. Comes with built-in tools like – torch, battery saves and cleaner. Get OO Launcher from Google Play.

O+ Launcher is also an Android 8.0 Launcher developed nice launcher apps. Currently this launcher is new but still, gives you Android Oreo look and feel. It provides many useful features to improve your phone’s performance and efficiency. It comes with Android style vertical & horizontal drawer with recent apps section. And if you’re using more than 60 apps then the launcher will show you A-Z sidebar. It supports many themes and icon pack like OO launcher. Also, you can hide and lock apps to keep your privacy. You can also lock desktop and phone booster also there. The app supports gestures and also unread notification counter feature also available with this launcher. You can call it alternative of OO launcher because it has almost same features.