Scrolling screenshot on any Android Device. (Without Root) 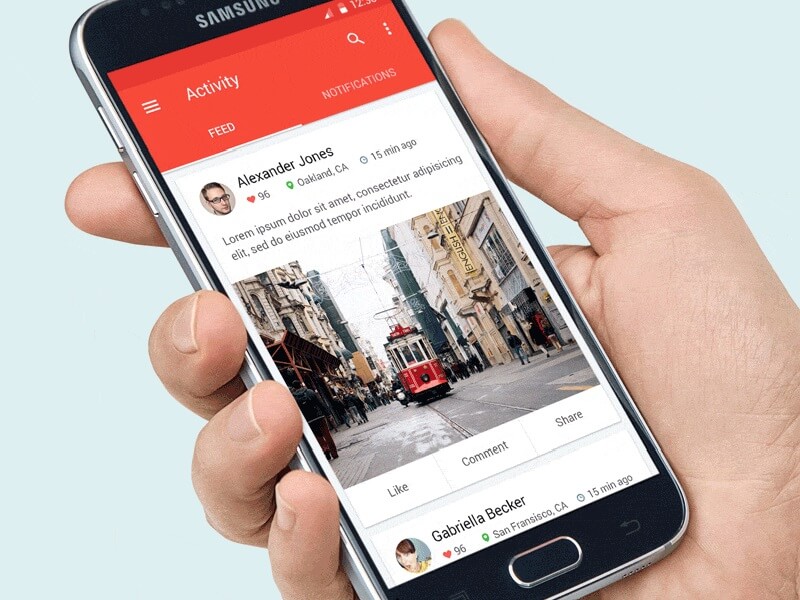 Best App to take scrolling screenshot on any Android Device.

LongShot app allows stitching multiple screenshots into one Long Screenshot. You can add the manual screenshot and then stitch using the app or you can take scrolling screenshot. Also, it allows capturing entire web page into one screenshot. It is the best app to taking long screenshots of conversations, web pages, threads, etc.

Download LongShot app from Google Play, the Newer version of this app comes with ads. So if you don’t want any ads then Download Old Versions of Android Apps.

To take a screenshot you need to give some permission – Open Settings> Apps> LongShot > Permission Manager > Allow Display pop-up window. (This option will allow a popup to start or stop button when you capture screenshots.)

Step: 1 Open LongShot app then you’ll able to see three option, to take scrolling screenshots automatically enable Auto Capture. After that click on capture Icon, It will ask you permission to capture click on Start Now. 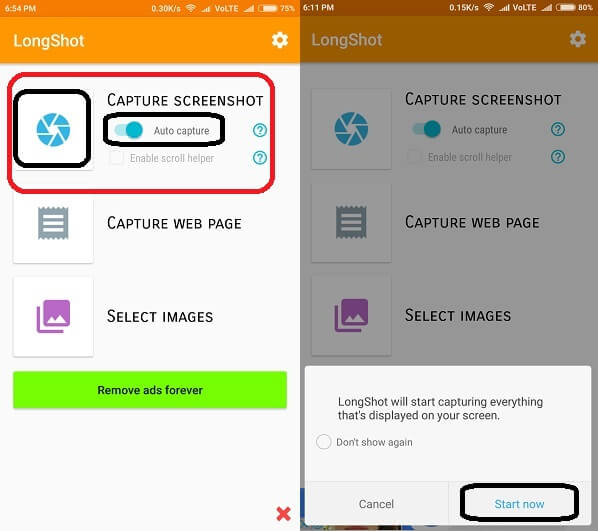 Step: 2 Open the app page you want to take screenshots then click “Start” button. Then scroll page slowly till the endpoint or any point you want to take a screenshot of. Whenever you are done taking screenshot click on the done button and it will redirect you to the LongShot app. 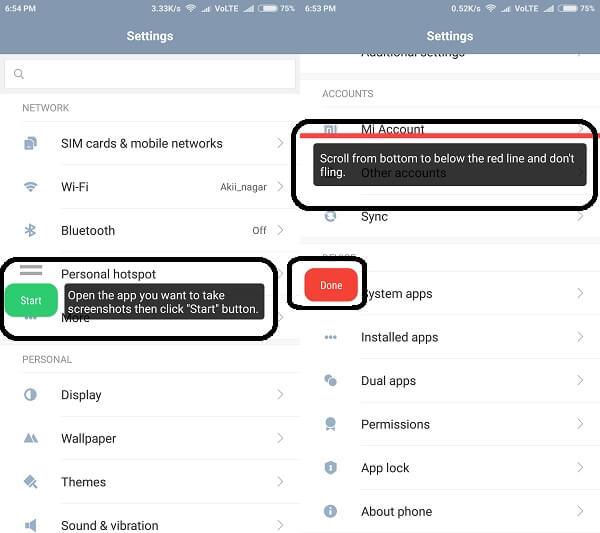 Step: 3 You’ll get configure option, by using it you can change direction, Remove status bar or can merge overlap. Or if you don’t want to change any configuration then just click on join button and app will create one Long Screenshot. 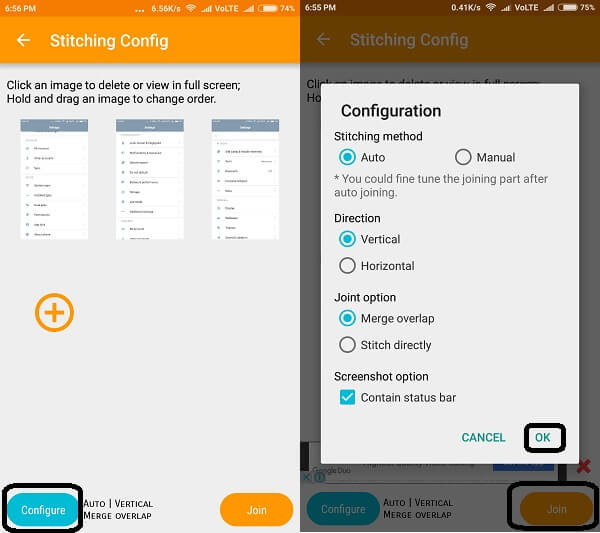 If anything is wrong with the screenshot, then you can adjust it. Or if the screenshot is perfect then hit Save Button. If pop-up option is not coming in your android device then take screenshot manually

If the pop-up option is not coming in your android device then take a screenshot manually. And then open LongShot app tap on select images option > select screenshot that you took before and then click on Join.

Found any article useful or want to take scrolling screenshots of entire web page. If you think the process of taking a long screenshot is complicated for Web Page. Then this option will help you to capture web page faster and in an easier way.

Step: 2 Once the website loads, Just scroll down web page till the end and then Hit Ends here and capture button. The app will automatically take the full screenshot and within few seconds you’ll be able to see results. 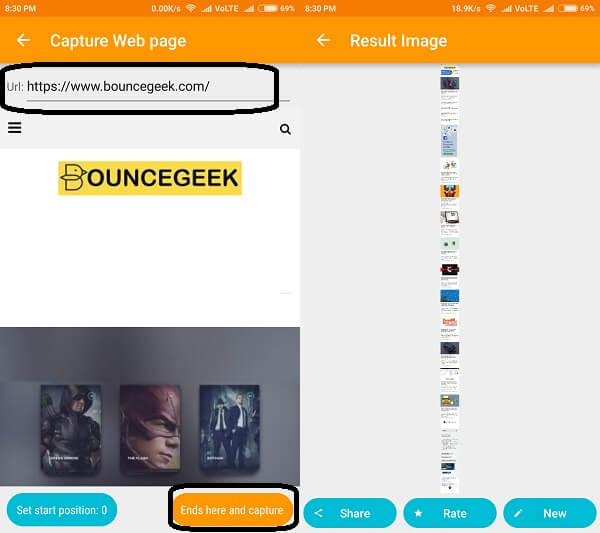